The Golden House by Salman Rushdie 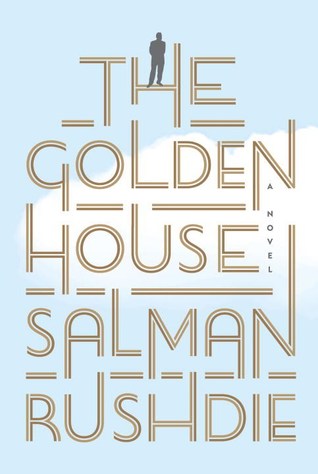 The Golden House, by Salman Rushdie; a review.

In The Golden House, a rich and powerful man immigrates to the United States from an unknown (definitely India) country with his rich and powerful adult sons.  They take on new names and identities and become part of the Manhattan elite, playing in high stakes real estate.  The family chooses their names with the subtlety of a sledgehammer, becoming Nero, Petronius, Lucius and Dionysius.  Sure.  The story begins with the inauguration of Barack Obama and is told over the course of his time in office, ending when the country elects a cartoon villain, emphasis Rushdie’s.

The saga of the family is told from the point of view of their neighbor, Rene (literally… call me Rene).  Rene is an aspiring filmmaker who, after getting himself way too comfortably in the middle of this family, decides that they are the perfect idea for his mockumentary project.  Rene recounts their outsized lives with abandoned flourish and not a small amount of drama.  And there is a lot of drama to go around.  The mystery of how they got to the US, the reason they had to remake their lives, betrayals, murder, and rivalry.

At its heart, this is a book about identity – personal and political – and about the changing landscape of the American culture.  It is so heavy with pop culture that I sometimes found myself in the middle of reliving the minutia I’ve tried to forget of the past decade.  It is something of a maze for nerds, with hidden eggs everywhere, with threads of satire that may tire you out a bit.  It is a bit of a slow start but it picks up about 15% of the way in and it reads almost like the film script I am sure it is well on its way to becoming.

The Golden House – Grade B+