This book is not Gone Girl, and that’s okay 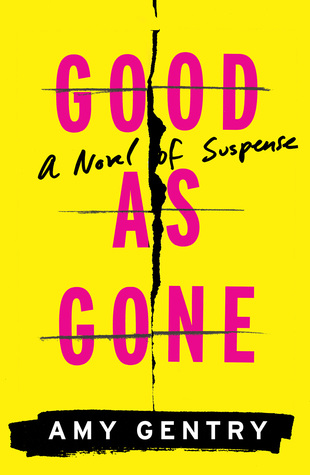 I promise I’ll stop talking about Gone Girl, I think my point is made here and anyway I’m criticizing the publisher, not the author.  Good as Gone is a debut novel from Amy Gentry just released.  In this story, Julie Whitaker is kidnapped from her bedroom when she is thirteen years old.  Her younger sister, Jane, is a witness to her being taken at knifepoint.  Eight years later, Julie shows up on the doorstep throwing the family into a whirlwind of confusion and emotion.  Her family is of course thrilled, but while trying to piece together her story of where she has been and what she has been doing, they start to have serious doubts about her facts and her identity.

This book will keep you guessing.  Unless you are way smarter than me, and that’s a good possibility, then maybe it won’t.  I read more than anyone else I know, and yet there were parts of this story where I genuinely had no idea what was going on.  Almost like it was written with the goal of confusing you.  I’m sure that’s not true, but sometimes it felt like it.  I found myself being that annoying girl during a movie that asks, “Wait, who is that?  I thought she was bad?  I’m confused. What’s happening?”

It was a fun read, though, and I love an ending that remembers to wrap up all the annoying details. I would recommend as a fast read that is not really at all like Gone Girl but we’re all going to be fine anyway.