“I loved being in my own head so much, it was getting harder and harder being with other people.” Marian Keyes 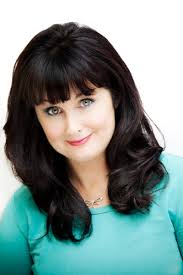 Today in Opinions from Andrea that Nobody Asked For:  let’s talk about the term “chick lit”.  To me, it is the most reductive, condescending, ridiculous, awful term in the literary world.  What does it even mean?  A book written by a woman?  A book written for a woman?  A book about relationships?  A book that does not pass the Bechdel Test?  I really have no idea.  All I know is that if you took two books, one written by JoJo Moyes and one by Nicky Hornby, and you switched the authors on the title, one would be called “chick lit” and one would be called “a masterpiece of modern storytelling”.  With no offense to Nick Hornby, whom I love and who certainly may have written a masterpiece of modern storytelling, but you get me.  I despise the way the term is peanut buttered around to anyone who has the nerve to possess both a Macintosh and ovaries.  I despise that Goodreads, an otherwise exceptional website, has a “Chick Lit” category, as though women would be too put off by the term… “Literature”.  I imagine it went something like “Shorten it, shorten it!! They’ll never understand literature!  Also, put a derogatory word for woman in there, otherwise they won’t know it’s aimed at them!”

Now that’s off my chest, thanks for listening.  Let’s talk about Marian Keyes.  Quite simply, Marian Keyes is my comfort item.  She is the thing that I cling to when I feel like I am going under.  I’ve read everything that she has written and her books are among the extremely rare re-reads in my library.  In fact I own everything she has written and now I am making my way through the audio versions of her books as well, because there is nothing that makes me feel better quicker than an Irish woman telling me that it’s really not as bad as I think it is and I’ll probably figure it out pretty quickly. She is the equivalent of pajamas and a glass of wine to me.

Keyes’ books are mostly about normal, not extraordinary people, who have normal unremarkable problems.  They are full of redemption, self-doubt, strength, weakness and humor.  Actual humor – I laugh out loud often at her books, this is rare.  Her writing is so relatable that sometimes I am legitimately irritated by the fact that we aren’t best friends and I can’t just call her.  True story – I was at Heathrow airport once and I saw on my Twitter feed that she was there as well, so obviously I started frantically trying to find her to tell her what she means to me.  I stopped a couple minutes later, when I played it out in my head and figured out how crazy I would sound, so lucky for her she was in a different terminal, probably.

She’s written a lot of books, but among my favorites are This Charming Man, Anybody Out There?, and Sushi for Beginners.  Check them out if you need a little emotional pick me up.

This Charming Man – A

Anybody Out There? – A

Sushi for Beginners – B+

The Mystery of Mercy Close – B